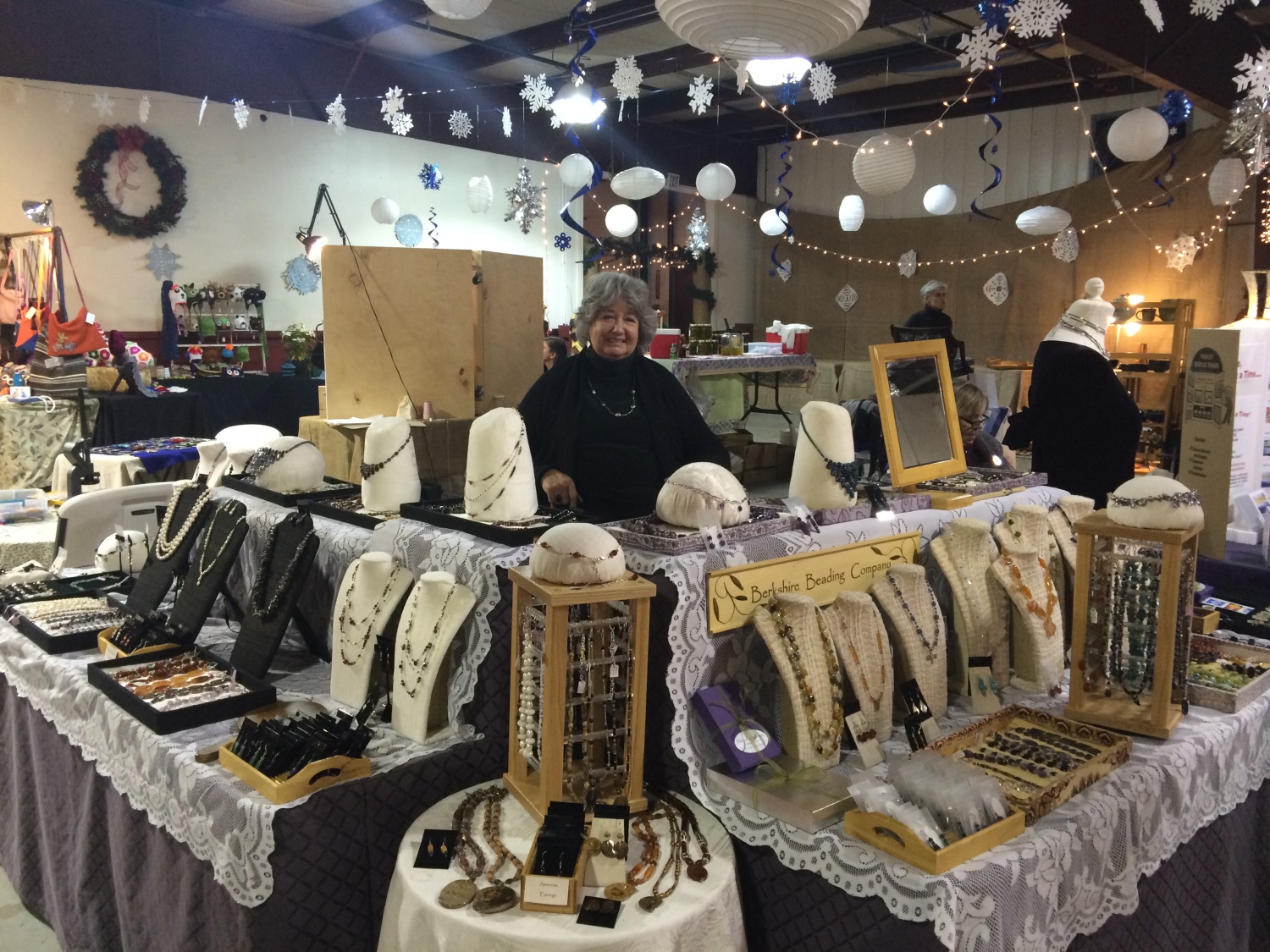 I  was born in Washington DC, grew up in central Ohio and moved east to attend college at Sarah Lawrence and NYU.

While in school I designed and built costumes for College productions in Ohio and New York. After school I moved to the city and worked as a freelance costume and clothing designer.

In the late 1960’s I came to western Massachusetts to work in the costume department of the Berkshire Theater Festival in Stockbridge. Falling in love with the area, I returned for another summer, then moved here permanently. For several years I commuted to the city, doing costumes for off Broadway shows and dance companies, gradually finding work locally.

A few years ago, I began stringing beads much the same way that I began sewing as a child: I had a vision of what I wanted, but didn’t see it in the stores. The gratification of creating that first turquoise and handmade glass necklace led to a continuing quest for unusual beads and original ways to combine them.

The new chapter in my life involves a long held dream to move to Austin, Texas, for blues, barbeque, warm winters and a large creative community. Stay in touch for details of my new adventure.